In 1946 Founding of Azusa Architects Office

Azusa was founded in 1946 as a limited partnership company by Fuminaga Kiyota, who had worked for the Ministry of Communication and then for Imperial Japanese Airways, the predecessor of Japan Airlines. In the midst of postwar chaos, the firm was headquartered at Mr. Kiyota’s home in Nakano-ku, Tokyo, headed by him as its first president, and joined by six other members.

The word “Azusa” in our name reflects Mr. Kiyota’s passion for architecture. He wished the firm to be steady and graceful while showing dignity and strong resolve, just like a tree of azusa (catalpa).

When Mr. Kiyota chose the name of the firm, he did not include his own because of his believe at the time that the raison d’être of a corporate architectural firm was the sustained fulfillment of its social responsibility in the field of architecture as a corporate citizen.

This belief of the founder has been passed down to us who work on architectural projects today. 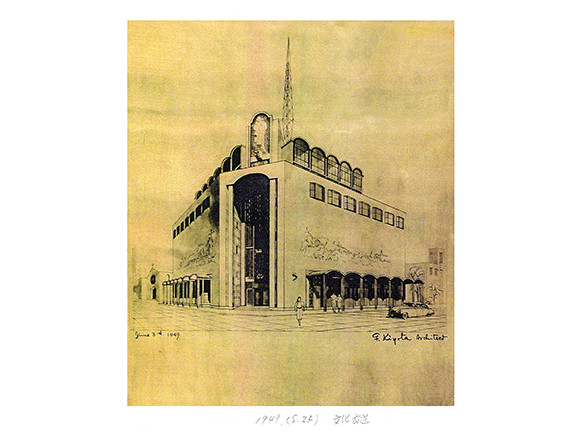 Nippon Cultural Broadcasting Hall, the designing of which in 1949 solidified our foundation. 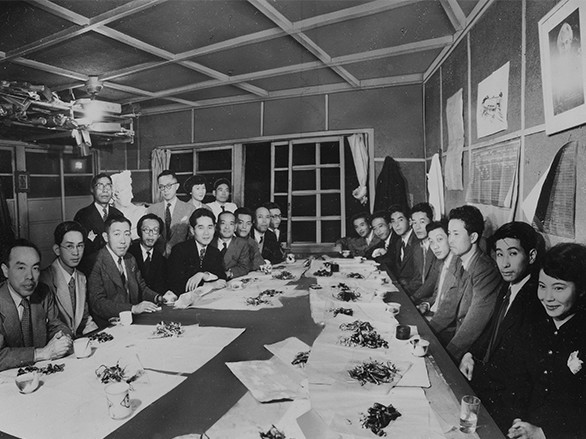 from a limited partnership company to a company limited

The 10th anniversary of the foundation of the company During World War II, Mr. Kiyota published a two-volume book titled Kuko to sono kenchiku (Airports and their architecture), which is still considered the bible to Japanese architects designing airports.

In 1957, the Japan Airlines Operation Center was completed. In parallel with the growth of the air transport industry, Azusa designed an increasing number of large hangars and air-traffic control towers. The first airport terminal building it designed was that of the Kokura Airport completed in February 1962. Then, the year 1969 saw the completion of the Fukuoka Airport Terminal 1 Building that was equipped with Japan’s first boarding bridge.

Azusa has designed numerous facilities at most of the major airports in Japan, earning a reputation as a pioneer in airport design. Relocation of the General Affairs Dept. to the 2nd Tekko Building

The 20th anniversary of the foundation of the company 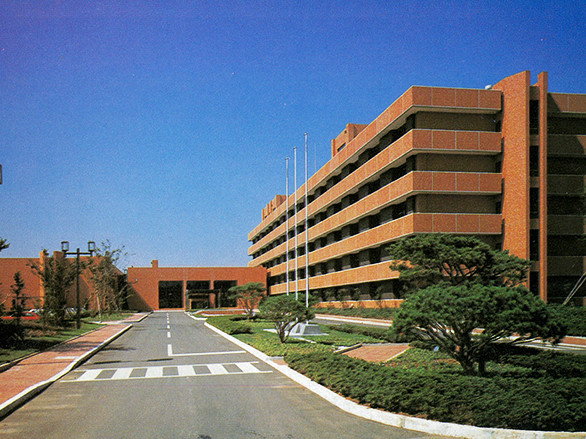 Triggered by the 1964 Tokyo Olympics, Japan entered a period of rapid economic growth.

Having grown into a firm with more than 300 employees over the years, we were renamed “Azusa Sekkei Co., Ltd.” in 1973. It was also around this time that Azusa established an Overseas Division (presently International Division).

We were increasingly involved in designing large public facilities, such as the NHK Broadcasting Center and the Ministry of Agriculture, Forestry and Fisheries’ Forestry and Forest Products Institute main building. As we steadily expanded our business field, our involvement in national and other public hospitals began increasing. 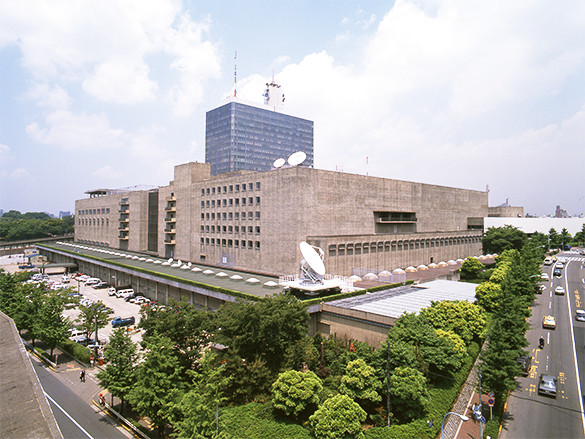 The 30th anniversary of the foundation of the company

Fuminaga Kiyota was awarded the Medal with Yellow Ribbon. 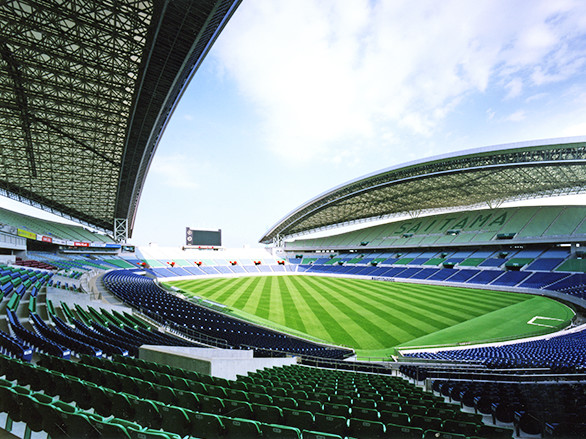 In the 1980s, we started participating in a number of sports facility projects, such as large arenas, swimming pools, and stadiums. Drawing on our world-class technology and expertise, we have grown into Japan’s top architectural firm in the fields of sports facilities as well as airports.

Recently, in partnership with GL Events of France, we have launched the business of designing low-cost stadiums and arenas that offer outstanding efficiency, flexibility, and scalability, using steel-frame unit seating systems. 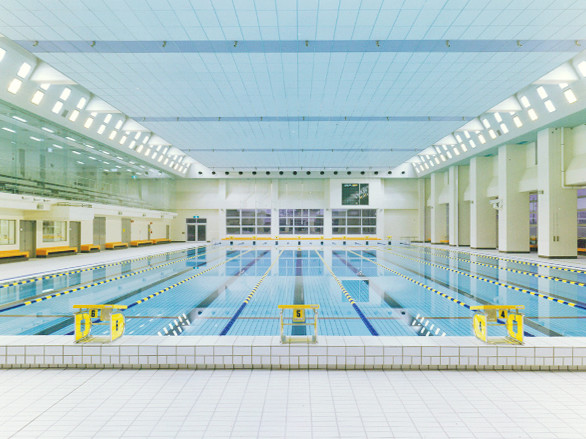 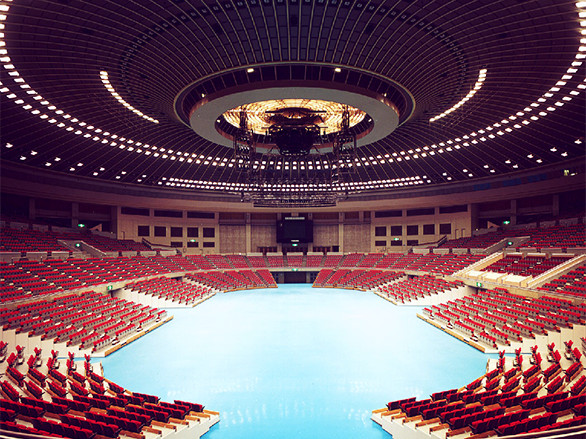 Fuminaga Kiyota was awarded the 5th Class of the Order of the Rising Sun, Gold and Silver Rays.

The 40th anniversary of the foundation of the company

Set up the employee shareholding association. Backed by the growing social demand for upgraded and more advanced urban functions, our redevelopment business entered a new stage with a one-stop service spanning consultations, urban planning, environmental assessments, and rights coordination. We have since accumulated experience and expertise in urban development and redevelopment, by working on large projects in such districts as Ofuna Station east, Shinkoyasu west, Kitasenju Station west, and Shirogane 1-chome east.

At the same time, with booming air travel, we began participating in the expansion of major airports, most notably the Haneda Airport Terminal 1 and the New Tokyo International Airport Passenger Terminal 2. The 1990s was the period in which we significantly increased our share in Japan’s airport terminal market. 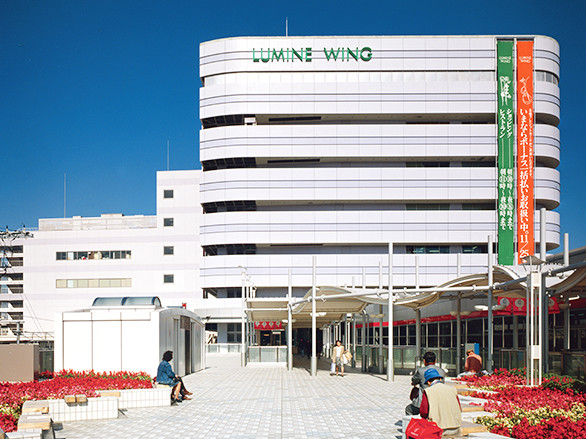 Implementation of the president's award.

Headquarters operations in Gotanda were integrated into those at Mitsui Life Insurance Building.

The 50th anniversary of the foundation of the company

Reinforcement of the project promotion team

The 60th anniversary of the foundation of the company

Through a screening of publicly-sought proposals for the framework design work for New National Stadium, joint venture of Nikken Sekkei, Azusa Sekkei, Nihon Sekkei and Arup was determined.

Set up Airport Solution Department. Geared towards responding quickly to varied customers' needs in accordance with the diversification in airport operation.

Relocation of Haneda Studio Relocated the studio to the 3rd fl. of the same building to establish a new creative space.

Started up MYANMAR AZUSA. Established a local joint company in Myanmar with a view towards further promoting "Azusa brand" in Asia and worldwide.

In the draft plan for redevelopment of New National Stadium,a joint venture of Taisei Corporation, Azusa Sekkei and Kengo Kuma & Associates was determined.

Establishment of Azusa Sekkei Vietnam in HanoiAiming for further development in Vietnam, set up a local company in Vietnam

Partnered with the biggest architectural design office in China.Formed a strategic partnership with China Architecture Design Group.Reinforced development in China by signing a letter of intent 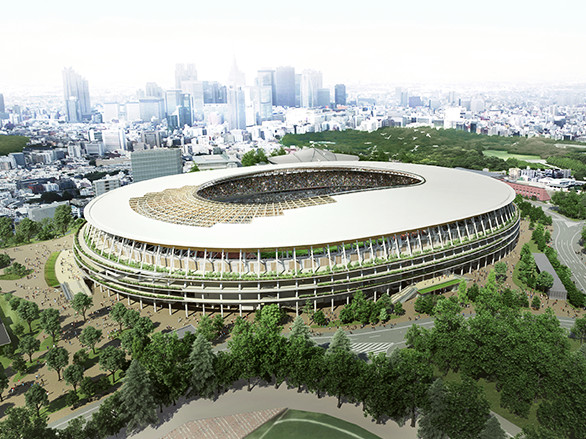 Note that the renderings are intended only to illustrate the completed look, and may be subject to change.The trees around the stadium are drawn to depict the site roughly 10 years after completion.
© Taisei Corporation, Azusa Sekkei Co., Ltd., and Kengo Kuma & Associates Joint Venture

All stadiums and arenas to be built, including the new National Stadium, are expected to secure high profitability, play a central role in the local economy, prompt development in neighboring areas, and serve as the core of the local community. As such, these facilities are essential for us to live a healthier and more prosperous life.

Every single one of us at Azusa will do our utmost to contribute to nurturing sports culture and developing the sports business in Japan with an eye to the era after Tokyo 2020.

In the New National Stadium Development Project, we are engaged in design and construction supervision as the Taisei Corporation, Azusa Sekkei Co., Ltd., and Kengo Kuma & Associates Joint Venture. 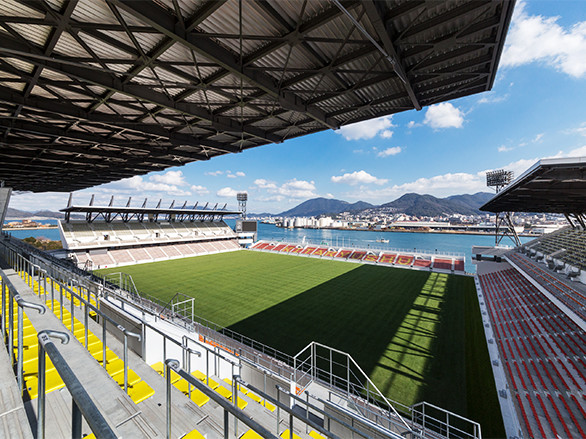